The 2014 Display had lots of new additions including 12 more blow moulded figures in the shape of a nativity complete with straw and a few more rope light silhouettes meaning the 2014 was much bigger and better than the 2013 display (which was 3 times bigger than the previous year). Nativity scenes were hard to come by in Northern Ireland, but given our prevalent focus as a Christian family on the real meaning of the season, we decided the shipping costs from England were justified in order to have a nativity feature. We started set-up on the 1st November 2014 – pushing our ‘rule’ of not beginning the Christmas lights before the October half term holidays to the very edge. You can see weekly progress photos below showing how we got on each week. We also decided to raise the display off the ground, by adding a DMX controlled colour changing mega tree. It took a lot of work over a couple of years – with massive thanks to Dan and David who shared a lot of expertise – but this would eventually catapult us into the world of pixels in 2018. This was also the first year of having Santa at the display handing out treat bags donated by the local newsagents. We had been offered a lot of the Christmas decor belonging to Love for Life, another local charity, in return for a donation to their work. We were very grateful to acquire our own high-quality costumes from Love for Life.

2014 was the second year the display was in aid of a very worthwhile cause. The 2014 charity is Marie Curie, a very well known charity, however you can read more about their specific work here. 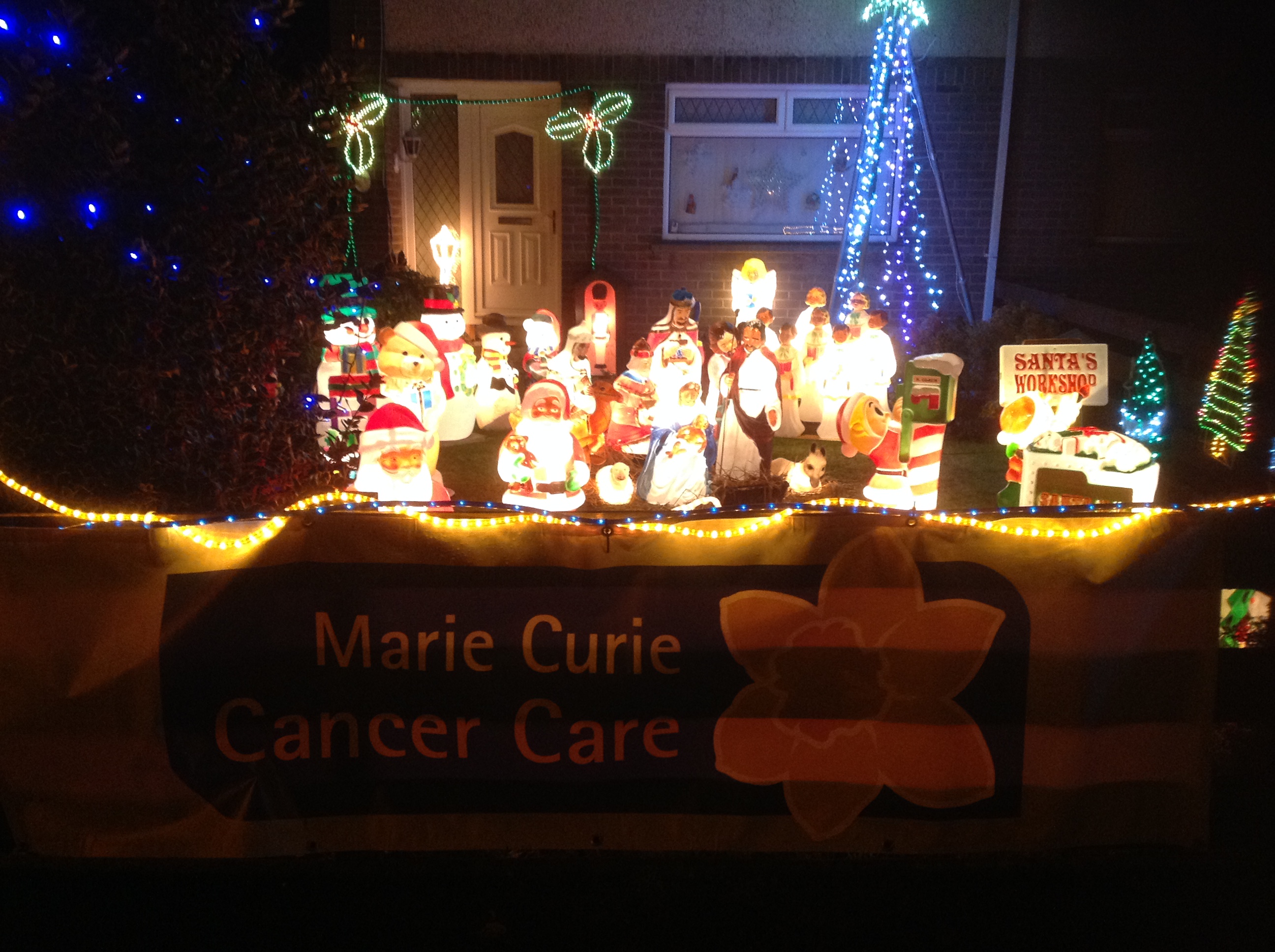 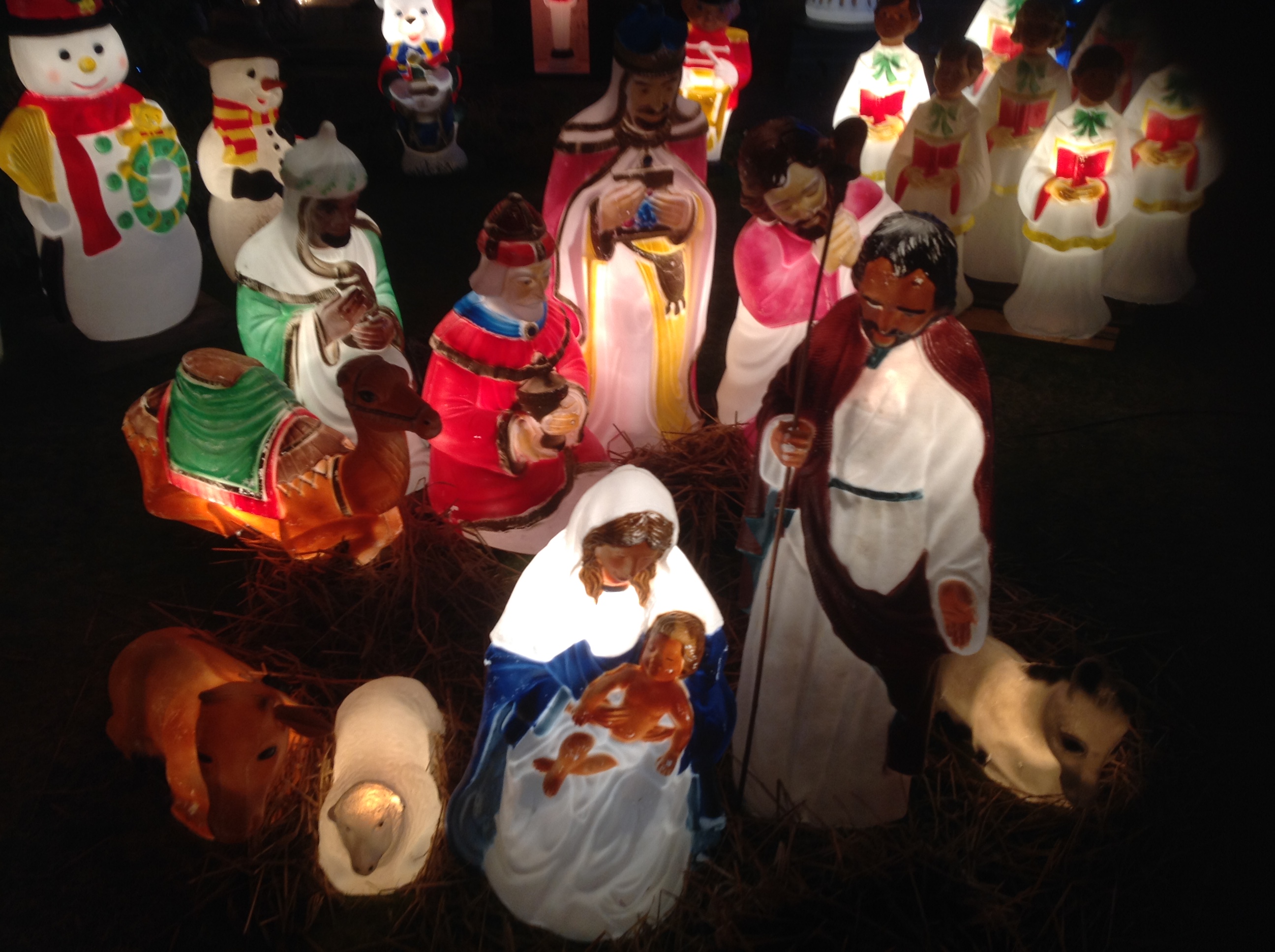 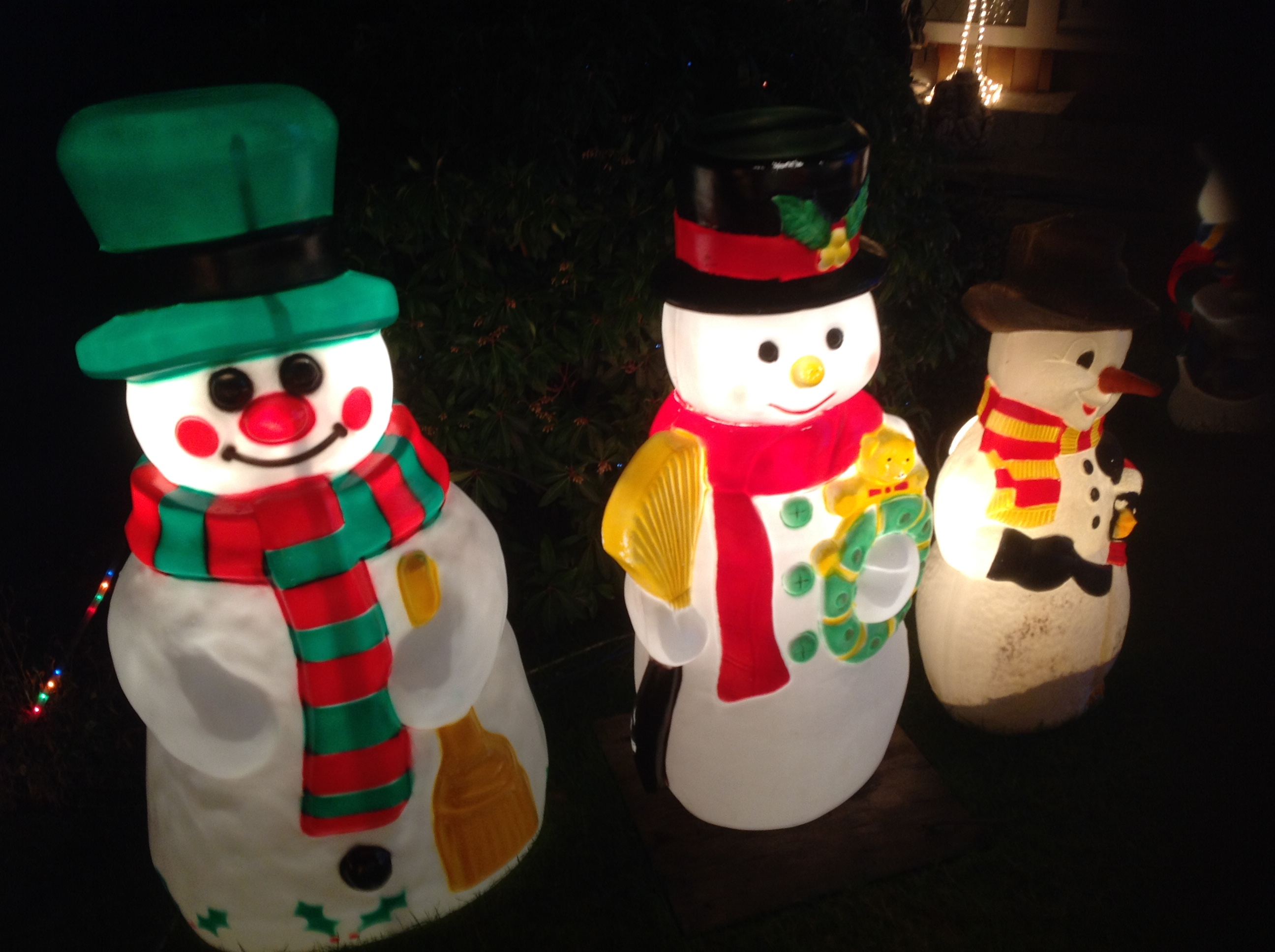 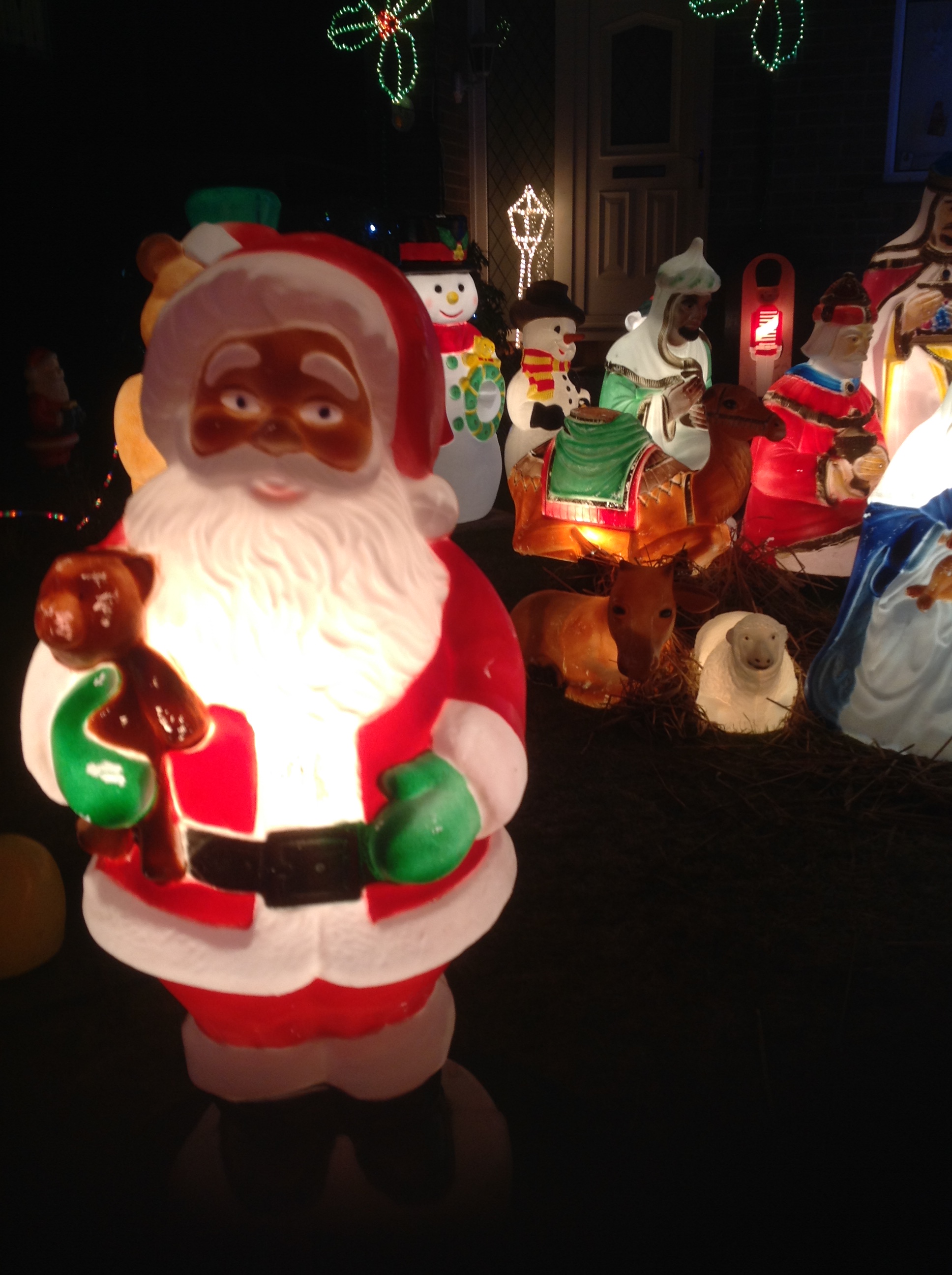 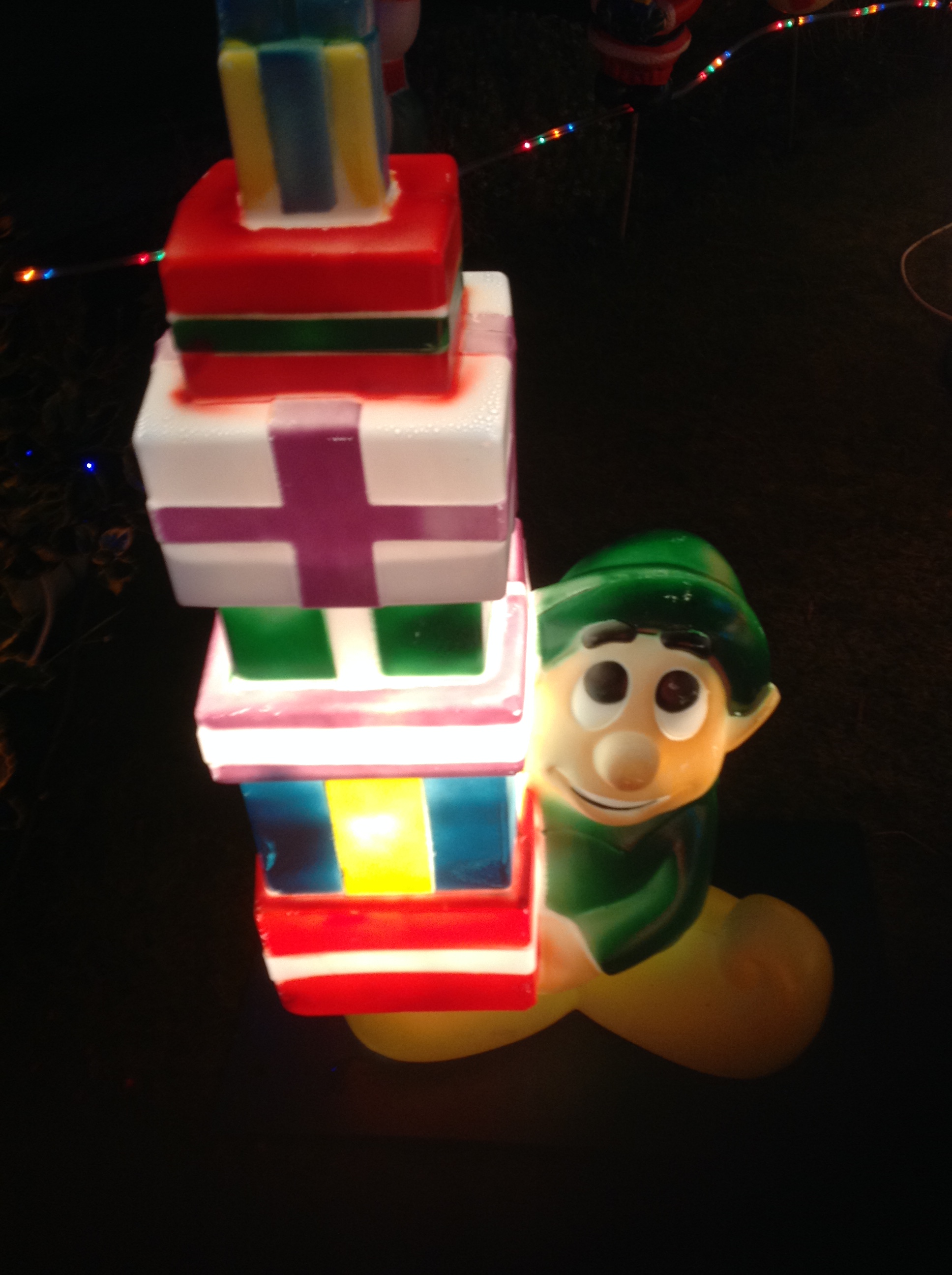 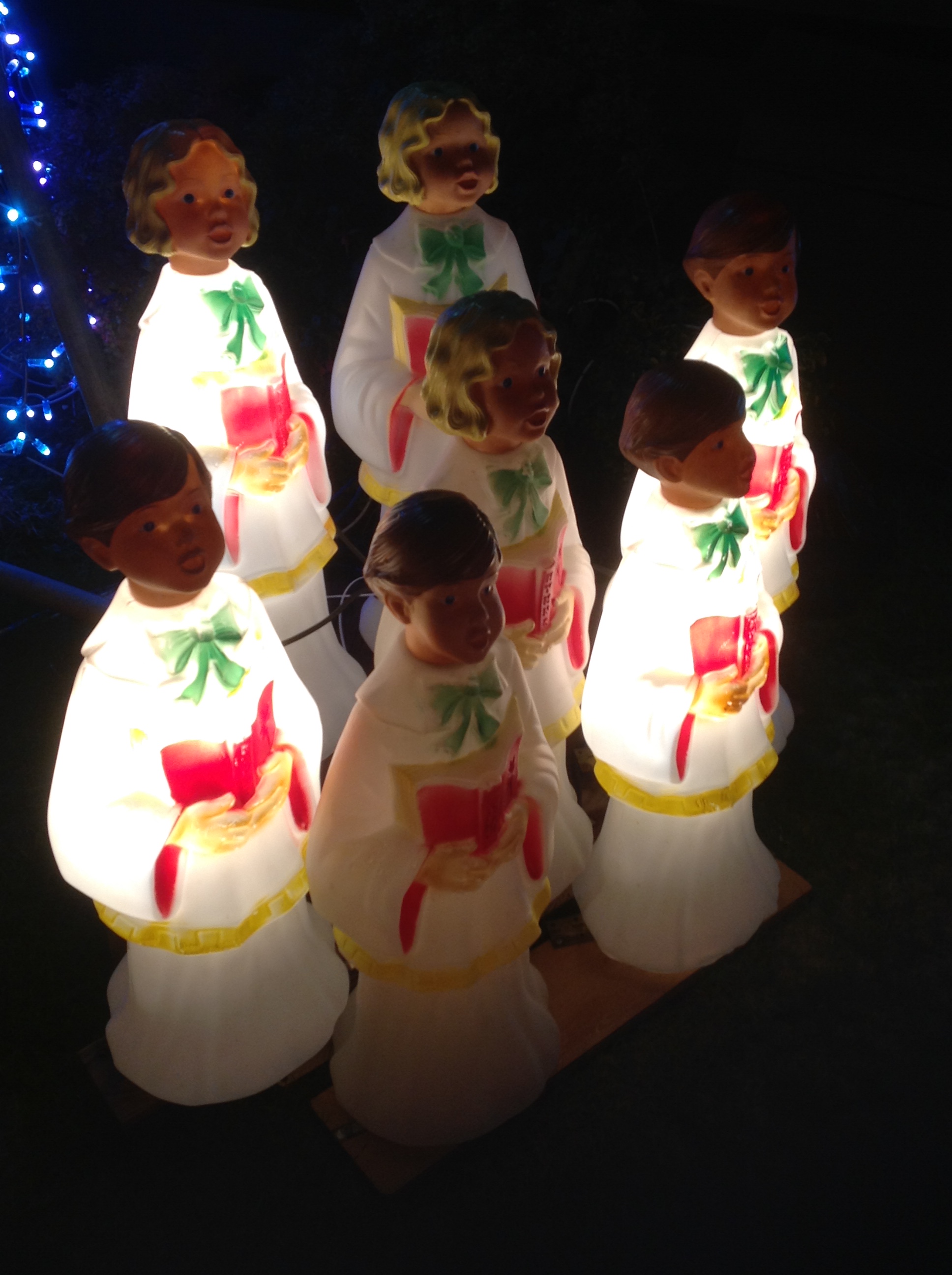 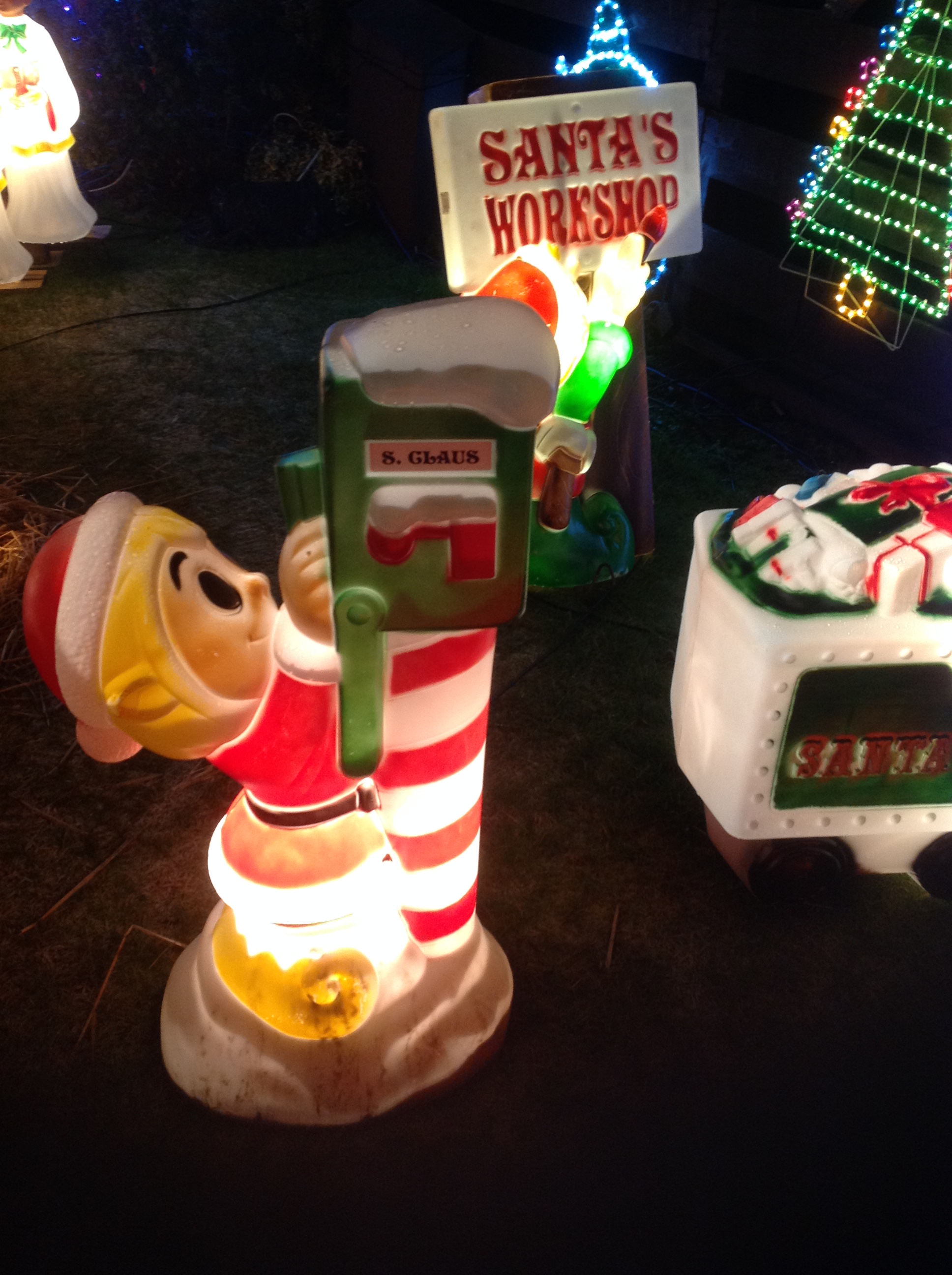 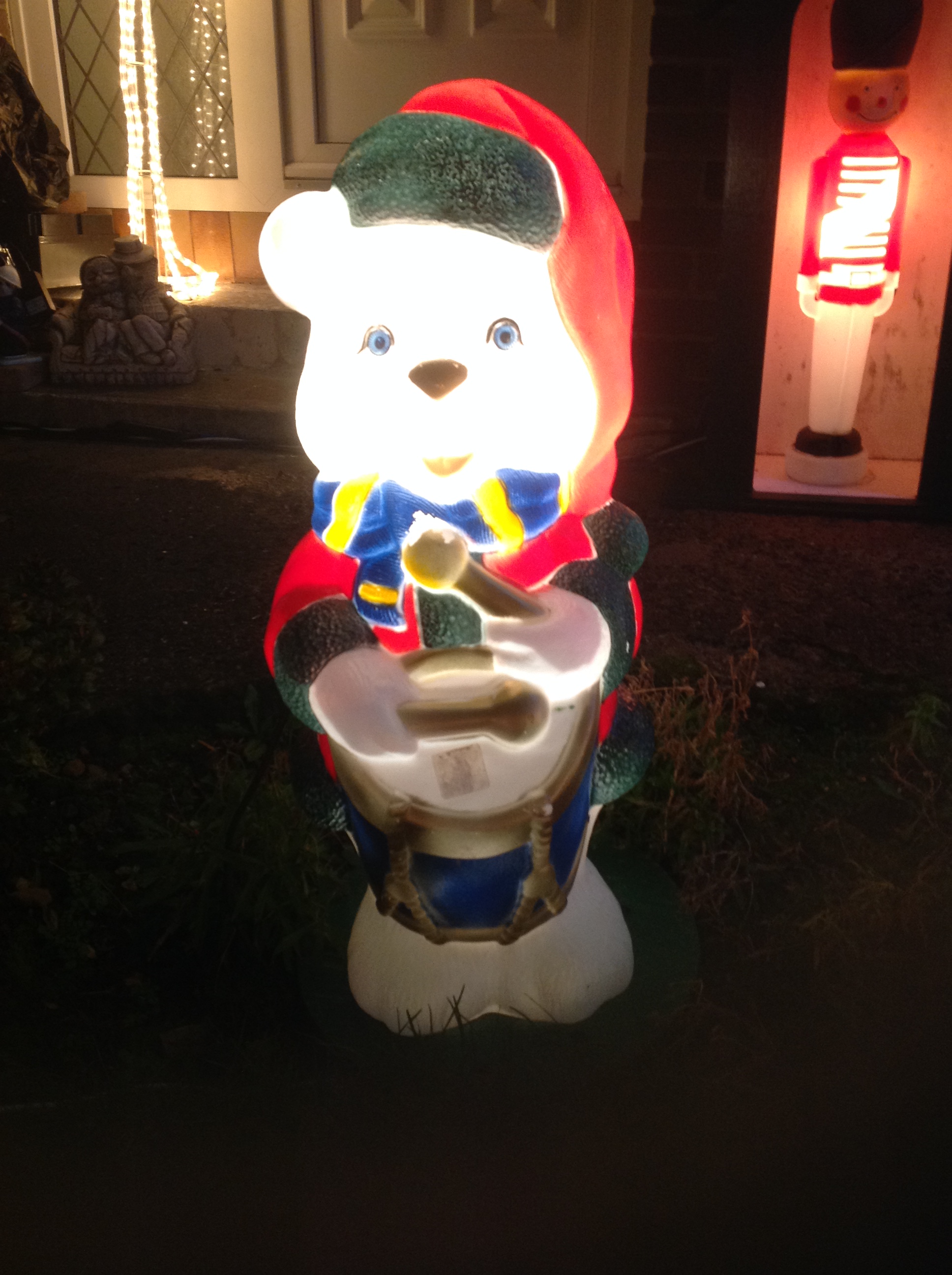 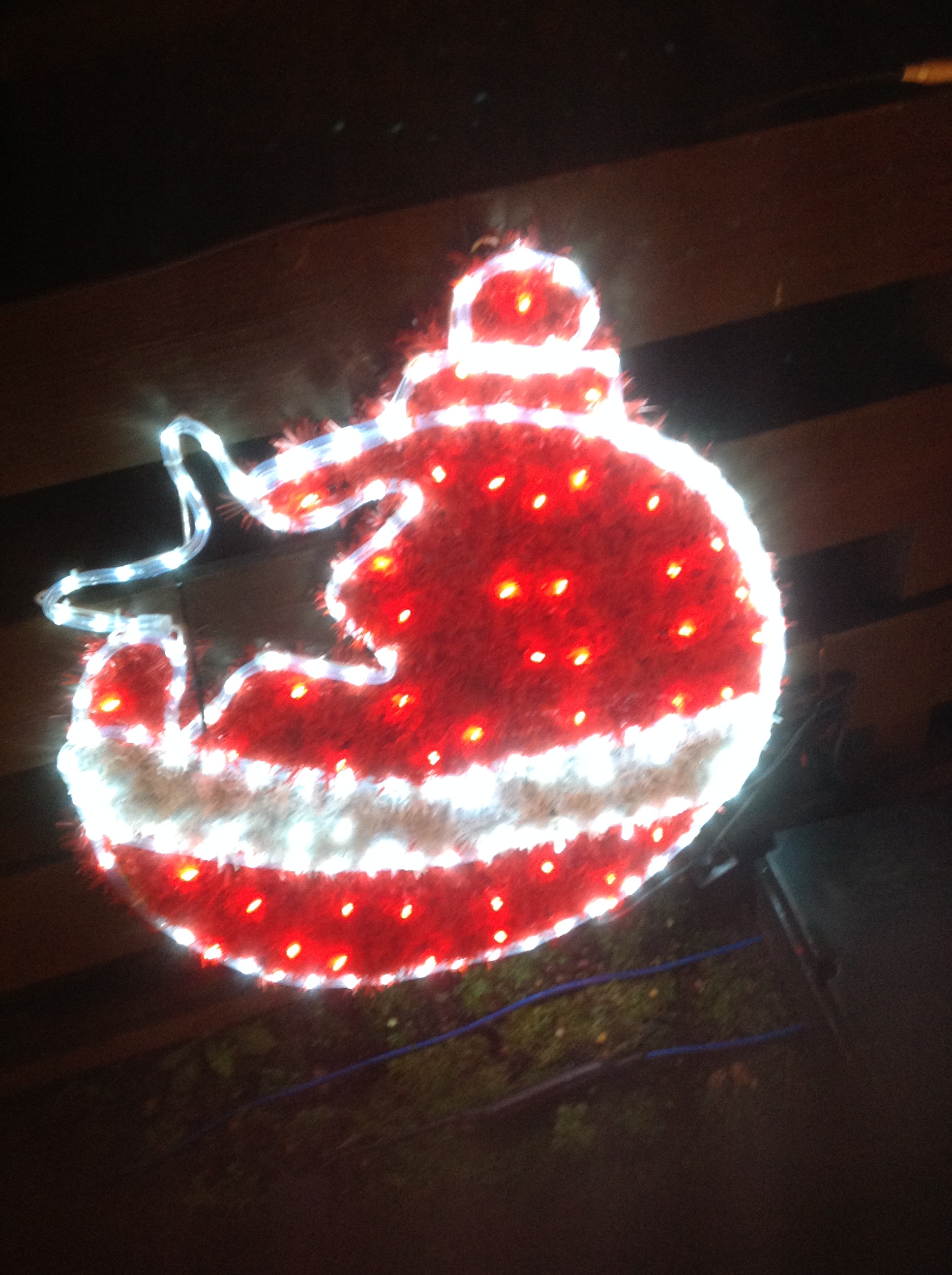 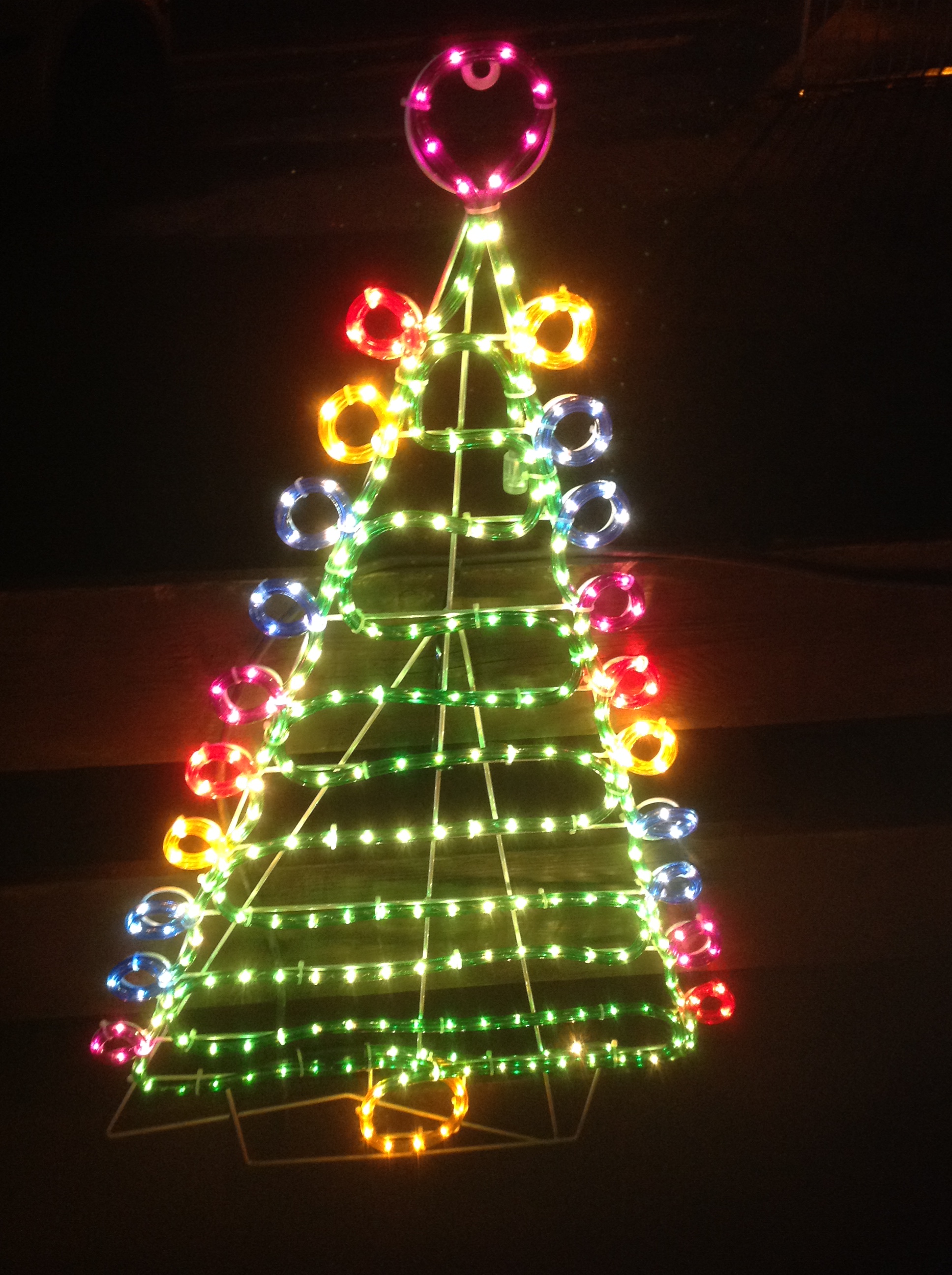 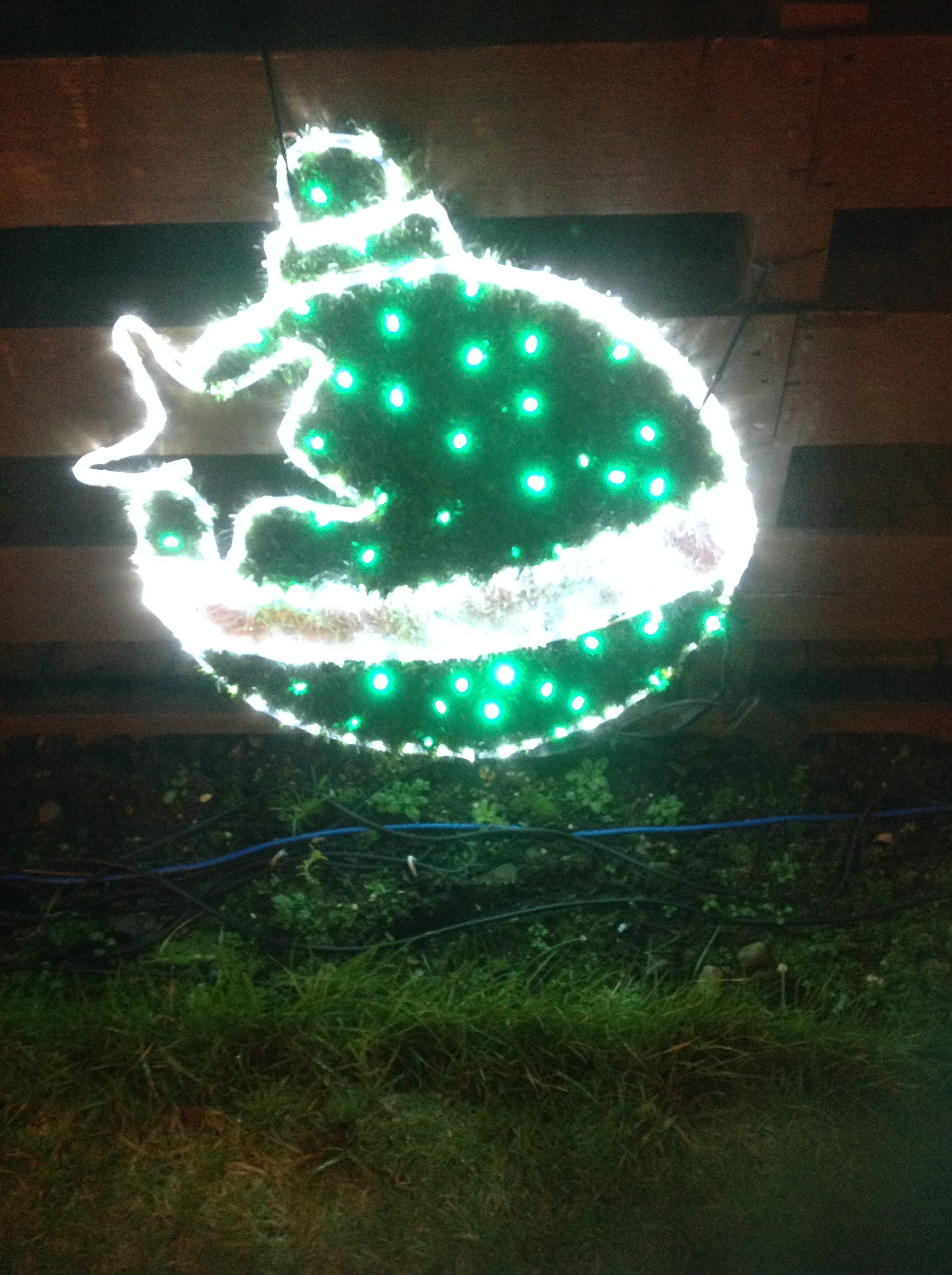 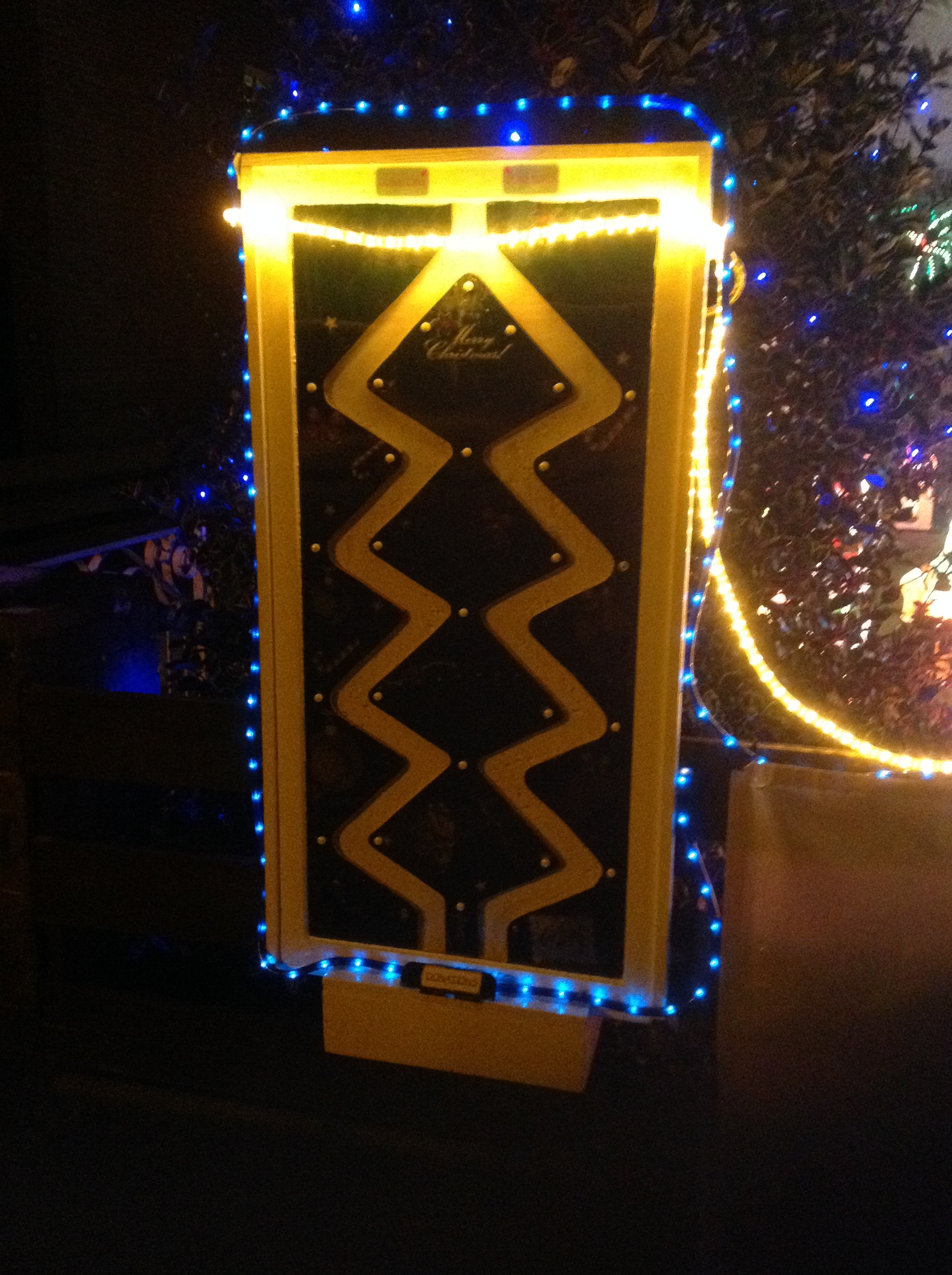